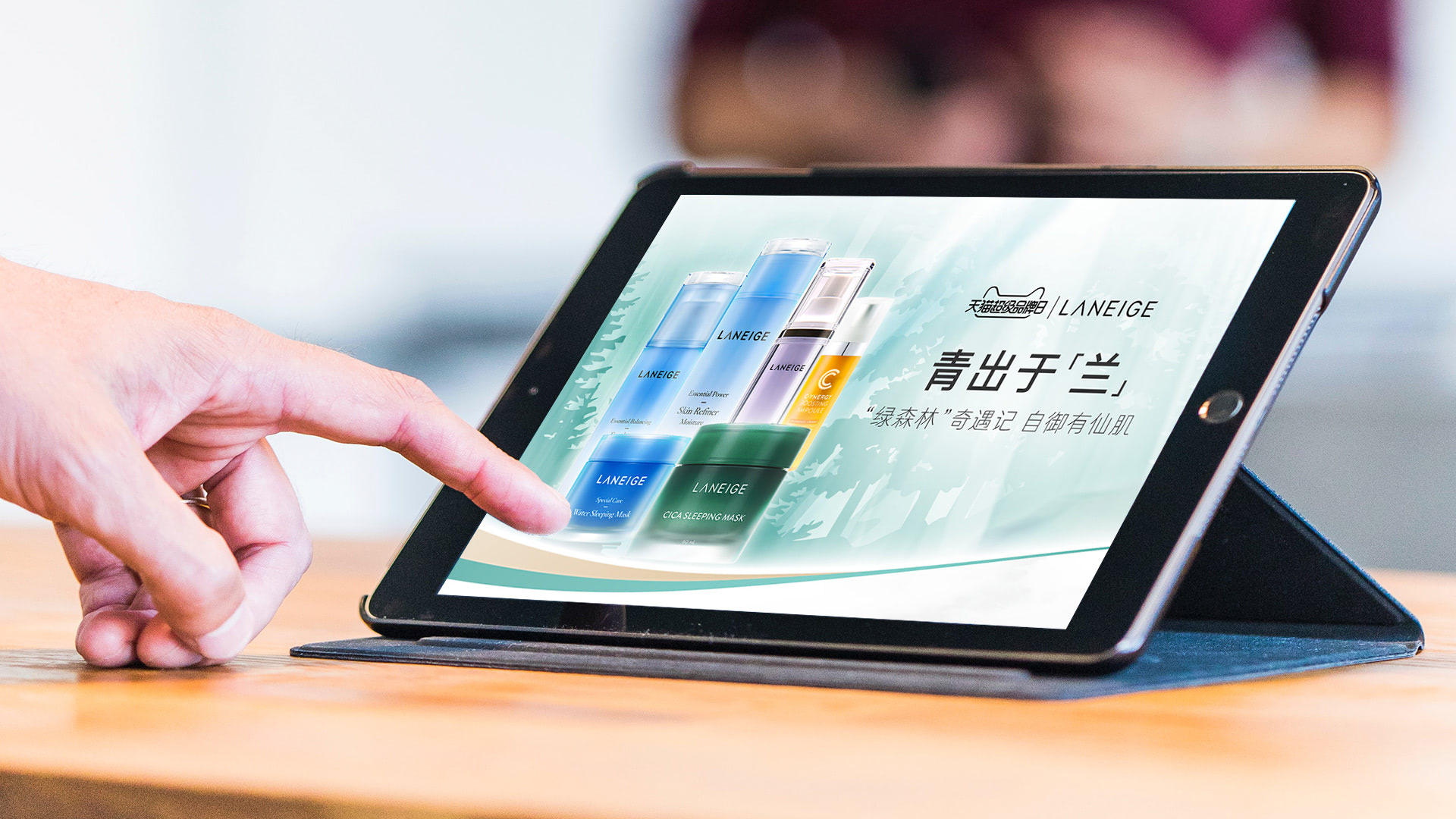 When preparing for the launch of its premium product, Laneige required a powerful campaign to reposition its brand image towards a more performance-oriented outlook while simultaneously differentiating themselves from their competitors.

The timing precision for the successful implementation of this campaign was vital as it not only aimed at gaining a spot on TMall’s Super Brand Day but also at cultivating a meaningful connection with generation Z and urban youth.

Most notably, due to the devastating implications of COVID-19, the nation required an uplifting and soothing sentiment to empower them through those trying times.

We discerned that calming imagery and a motivational narrative would be vital to achieving the scope of this brief and setting the right tone for the audience.

With that in mind, we came up with a slogan based on a play on words that was inspired by the green and blue colors of the Laneige’s new product and their signature product, respectively. The tagline: “青出于兰” (Green derives from Blue) lent itself beautifully as it derived from the Chinese saying: “青出于蓝” which shares the same pronunciation, however, the switch of “蓝” to “兰” symbolizes Laneige’s Chinese name “兰芝”.

This shift created a connection between the traditional saying and the brand’s communication message but also presented the new green product as the successor of the blue predecessor. 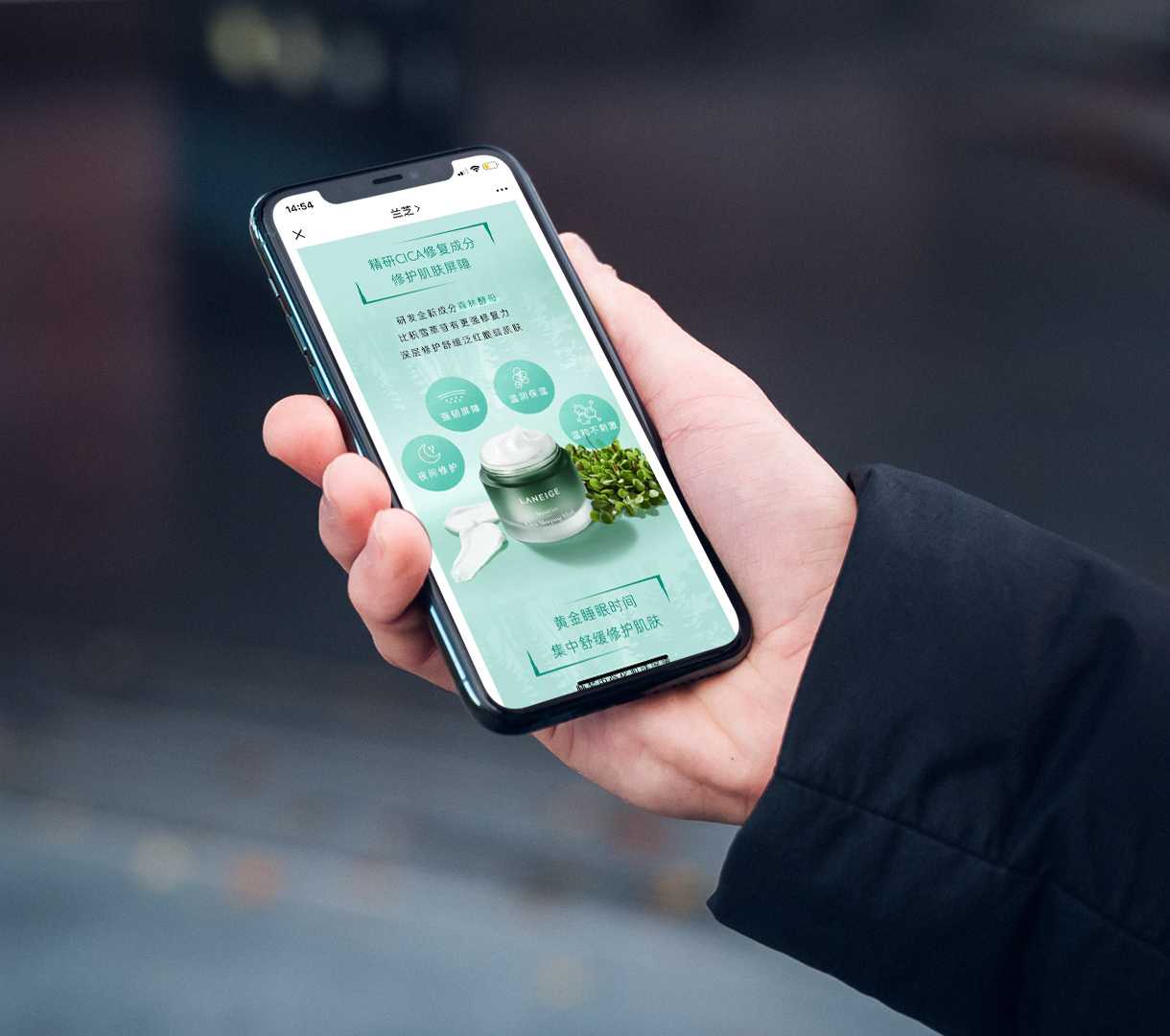 The given nickname of the product “‘绿森林’面膜” (‘Green Forest’ Mask) resonated well with the audience and was a key during the pre-launch to generate momentum for the release of the product.

By using TA specific social media (namely BiliBili & TikTok), we established a digital interaction that labored as a catalyst in surpassing the client’s KPIs and delivering directly to the target consumer. The presence of acclaimed Chinese star Yangzi and social influencer Viya, which were the faces of the campaign, had an essential impact on the success of the campaign and led to the broad viewership of the content.

Most notably, through the means of the natural backdrop, we also created a window of reverie during a time when it was most longed.